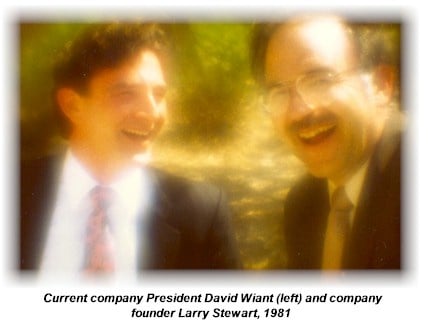 Founder Larry Stewart, having established Martin Locksmith and Door Closer Company of Toledo, Ohio, in 1964, moved South to the Columbus area in 1977.  Larry lived and taught the principles of service, being a sterling example of a servant himself.  Larry took upon himself any task a business owner, a home owner, or building manager gave him and performed it with excellence.  Larry took his responsibilities seriously, never shirking a duty, and always watching out for the interests of his clients, on and off “the clock”.  These were the principles of business he handed down to his 1981 apprentice, now President of the Corporation, David Wiant.  David teaches Larry’s philosophy of service to every employee that enters the doors of Stewarts, knowing that service is needed, and good service is rare.

During the early to mid 1980’s, the science of locksmithing saw the emergence of electronic control of locks.  These early systems piggy-backed on building HVAC systems and intrusion detection systems.  When video tape recording systems became more affordable, Stewart Security began to use these, too, integrating them with the before separate sciences of locksmithing and intrusion detection.

Every year that passes sees a new or emerging technology affect the security business; and Stewart Security is always finding ways to use new technology to enhance the protection of its clients.

Larry has stepped away from the business of business, but remains a vital part of Stewart’s vision and sales.

There are few industries in which the character of the company with which you partner matters as much as within the security industry.  At Stewart's Security, all that we do is driven by a very deeply held core set of values -- the same values we have embraced since our beginning:

"Stewart's Security Service conducts all of its business and manages all of its relationships in a manner that embodies integrity, professionalism and honor.  We believe that our successes are built on trust and respect for our customers.  And, we believe that commitments to the satisfaction of our customers, product quality, and technical expertise are both our heritage and the elements that are key to our success in the future."

This is what we believe, and why we are who we are.

In 2017, Stewart Security posted its best year since its founding, and has built a strength and momentum that will lead to new high levels of service and excellence.

At Stewart's Security, we value talent.  We value relationships.  We value integrity.  And, we value success.  We hire the most energetic, talented people we can find.  We treat every member of our team with the respect that we, in turn, expect them to show to our clients.  We keep their training up-to-date.  And this, we believe, is the key to building and sustaining a great company.  We welcome you to learn more about or contact some of our key personnel.
Column 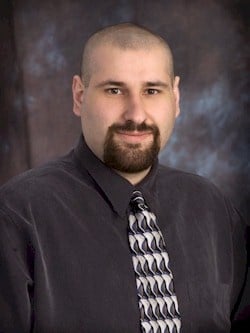 Marc joined Stewart's Security in 1996 as an Electronics Security Technician, before being promoted in 1999 to the position of Systems Design Engineer.  Marc holds a BS in Electrical Engineering from Ohio University, and carries with him a breadth of knowledge of the security industry, its products and their applications that is difficult to match by anyone in the security field today.

In 2005, Marc also accepted the additional responsibility of serving as Project Manager on a select number of Stewart's Security's larger installations.  To these projects, he brings nearly 20 years of experience and expertise in the security industry, as well as a commitment to meeting and exceeding client expectations that is consistent with what Stewart's Security expects of its entire team of security experts.

Marc is a native of Pomeroy, Ohio, and currently resides in Central Ohio with his wife and son. 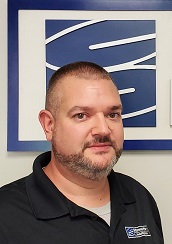 "Click to edit. Insert a customer recommendation, a client thank you note, or a quote you find inspirational to your business. Show visitors you are a reliable company, and add a little personality to your website."